What is a Drug?

A drug is a chemical substance that can change how your body and mind work. Drugs that can be dangerous are ones that people use to "get high" and change the way they feel (e.g., drugs like marijuana, cocaine, or heroin). They can also be drugs sold legally to adults everywhere, like alcohol and tobacco.

Medicines can also be misused when people take them to "get high" instead of the way their doctor advises. People can even misuse cough or cold medicines from the store if they ignore the directions and take too much at one time.

The terms substance use, abuse, and dependence (or sometimes addiction) are used frequently – and sometimes interchangeably – when talking about alcohol and drugs. But what do they really mean?

Even with these three definitions in mind, it may still be difficult to distinguish between use, abuse, and dependence. For this reason, the American Psychiatric Association has updated its criteria for talking about addiction and now uses the term “substance use disorder,” which includes the following signs and symptoms:

The more of these signs or symptoms a person struggles with, the greater their substance use disorder. A person who meets none of these criteria likely does not have a problem with drugs or alcohol, while someone meeting six or more of these signs may have an addiction.

Drugs of Abuse and Their Effects 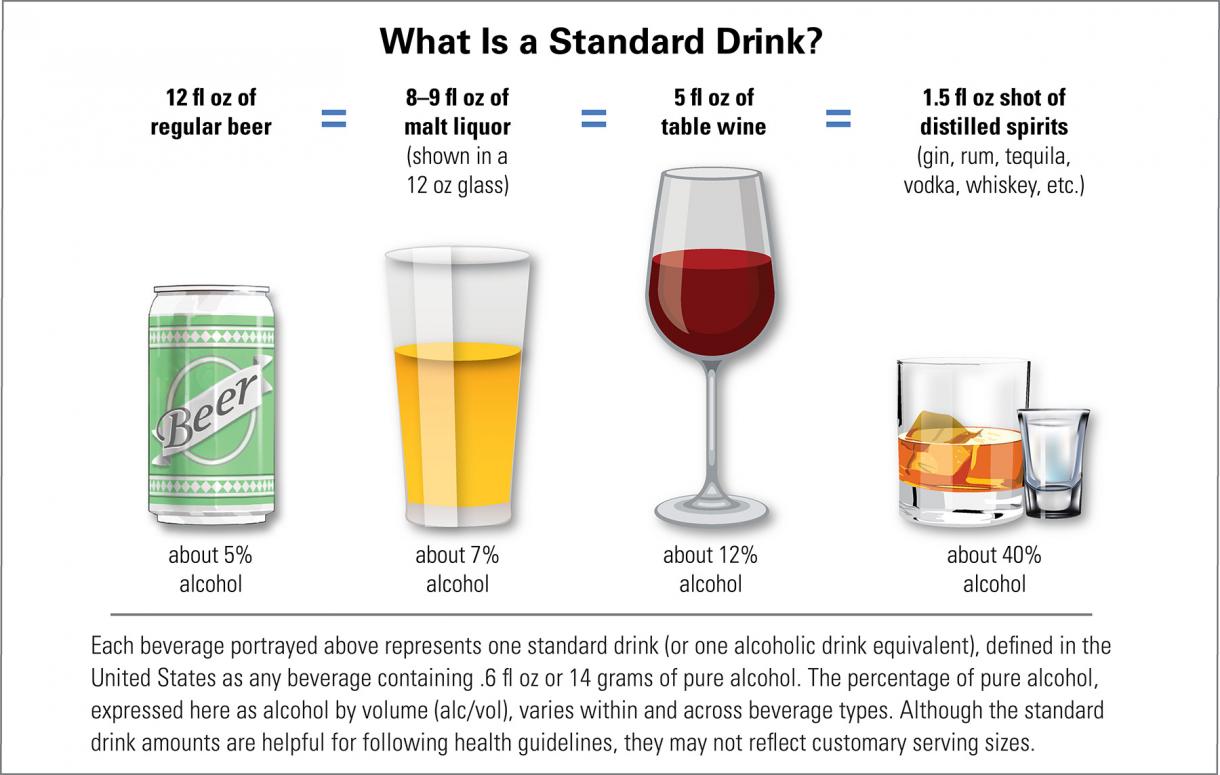 Photo by: The National Institute of Alcohol Abuse and Alcoholism

Drinking alcohol, known as use, is not necessarily a problem, but drinking too much can cause bad things to happen. People who drink too much alcohol might forget things that happened when they were drunk. This is called a blackout.

People who misuse alcohol, or people who are addicted, start having to drink more and more to get drunk. This is called tolerance. They might have a drink in the morning to calm down or stop a hangover. They might drink alone and they might keep it a secret.

What is Problem Drinking?

Problem drinking, or abuse, is using alcohol in ways that are harmful to the drinker or to others. People who are problem drinkers may have the disease of alcoholism or may drink in ways that lead to health and/or safety problems for themselves or others.

NIAAA's Definition of Drinking at Low Risk for Developing Alcohol Use Disorder (AUD):

Binge drinking is a pattern of drinking that brings blood alcohol concentration (BAC) levels to 0.08 g/dL. This typically occurs after 4 drinks for women and after 5 drinks for men—in about 2 hours. (NIAAA)

SAMHSA defines heavy alcohol use as binge drinking on 5 or more days in the past month.

What is Risky Drinking?

Risky drinking is drinking in ways that are likely to lead to trauma or adverse health effects, including alcoholism. Examples of risky drinking include drinking while underage, while taking medication, while engaging in mobile activities, or while having a strong family history of alcoholism.

Helping Someone with a Drinking Problem

You may know someone with a drinking problem and want to help, but are uncertain about how to do so. Remember, you are not expected to "save" this person or to become a counselor for this person. However, by educating yourself about alcohol issues and by gathering support for yourself, you can better help the problem drinker.

For a confidential assistance to discuss your concerns about how alcohol or drugs may be affecting you or a family member, contact PAS at 919-416-1727 for an appointment.